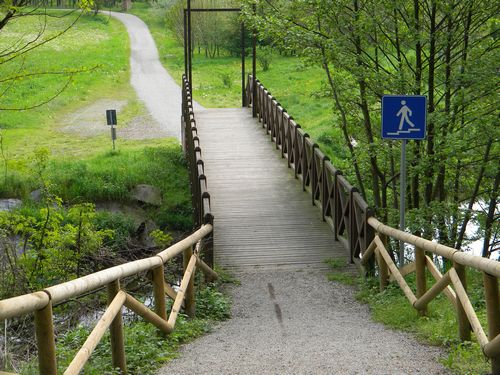 The Valle Olona cycle path allows you to learn more about the urban areas of Northern Italy , looking at the layout of houses in the countryside and enjoying a relaxing afternoon in almost complete solitude. In fact, the Valle Olona cycle path is certainly not among the most famous nationally and the likelihood of meeting many other cyclists is very poor. Most travelers who have been lucky enough to complete this route describe it as a lonely departure from everyday life, as long as the path on which it proceeds seems to be really lost in nothing.

The distance to travel is small: only 5 and a half kilometers. The bottom of the road is completely in beaten earth, since it is a question of what is in effect a path. Travelers will not find specific signs along the route: no traffic lights, directions or anything else. As long as it is a real path that can be walked by both pedestrians and cyclists, there is the possibility of meeting trekking lovers along the way. However, according to the cyclists who have completed the itinerary, such a possibility is very poor.

Obviously, due to the road surface in beaten earth, the Valle Olona cycle path is not recommended for both children and skaters. This is because the road surface on the ground could be insufficiently unstable and it really takes a good balance to be able to stay on the bike at different points. In the final part of the route there are also a series of steep descents and equally steep ascents, which could put the experienced cyclists in difficulty. However, the route is recommended for out-of-shape cyclists, as they can have a great workout.

To complete this itinerary it is best to use specific bicycles, such as mountain bikes. The two classic wheels with which you travel on the asphalt are less recommended. The difficulty of the route is described as an average. Moreover, various cyclists indicate that in some points of the course the grass has really grown a lot, so much so that you will have to make great efforts to overcome it without getting off the bike. Finally, it should be noted that at one point there are 4 steps on which you have to climb with the bike in your hand.